Ed Brodow, the noted negotiation expert, television personality and famed keynote speaker is offering a special speaking rate for events in Asia until June 2016. Ed Brodow is dubbed as the “King of Negotiators” by the United States Securities & Exchange Commission Chairman Harvey Pitt. He has also been ranked by Forbes Magazine as one of America’s top dealmakers. 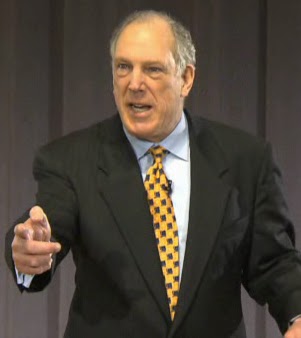 Ed has shared his views in several television shows on PBS, ABC National News, Fox News, Inside Edition, and Fortune Business Report. He has also been the negotiation consultant to some of the world’s most prominent organizations, such as Microsoft, Starbucks, Philips, Hyatt, The Gap, McKinsey, Revlon, Zurich Insurance, Exxon Mobil, and the US Defense Department.

More than 2 decades of practical experience in negotiations can also be seen in his book. Ed Brodow is the author of six books including best seller “Negotiation Boot Camp: How to Resolve Conflict, Satisfy Customers, and Make Better Deals” and “Beating the Success Trap: Negotiating Your Own Path To Success.”

The list does not stop there. Ed is a man of many talents. He has also been a corporate sales executive (IBM, Litton Industries), a US Marine Corps officer and a novelist. He is also a veteran member of the Screen Actors Guild, has appeared in feature films, soap operas and commercials. He has starred in Hollywood movies opposite Jessica Lange (Frances), Ron Howard (Fire on the Mountain), and Christopher Reeve (Love of Life).

As a keynote speaker, Ed has brought his exciting presentations to over 1000 audiences in Paris, Athens, Milan, Frankfurt, Bogota, Tokyo, Singapore, Sao Paulo, Toronto, and New York. Ed’s Presentations are:

Seize the chance to engage the negotiation guru with great savings. Contact us for more details.