Room to Read founder John Wood has just released a new book called “Purpose, Incorporated: Turning Cause Into Your Competitive Advantage”, which he co-wrote with Amalia McGibbon.

In this latest publication, John and Amalia make use of more than 100 interviews with entrepreneurs, executives and front-line staff to make the case for why cause is not the enemy of commercialism, but perhaps the new key to it.

Watch the short video clip below to see why John agrees with the statement “There’s no longer a divide between purpose and profitability”:

You’ll learn from mom-and-pop shops and corporate giants like Google and Goldman Sachs why corporate social responsibility is more than just a buzzword or publicity stunt, but instead represents the new competitive advantage. You’ll learn how to: 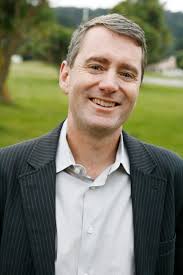 John Wood is the founder of multi-awarded organization Room to Read..

At 35, John left an executive track at Microsoft and discovered a passion for helping children and promoting literacy. His award-winning memoir, “Leaving Microsoft to Change the World” was described by Publishers’ Weekly as “an infectiously inspiring read, Amazon named it “one of the Top Ten Business Narratives of 2006” and Hudson Booksellers voted it to their “Top Ten Nonfiction” list. The book has since been translated into 23 languages and is popular with entrepreneurs, philanthropists and educators. John’s latest book is called “Creating Room to Read: A Story of Hope in the Battle for Global Literacy” has been endorsed by Bill Clinton, Melinda Gates and Sheryl Sandberg.