Speakers Connect is proud to announce that Manchester United icon Ryan Giggs is available for speaking engagements and other events.

Ryan is the most decorated player the Premier League has produced. He has made more appearances and won more honors than any player in Manchester United’s celebrated history. 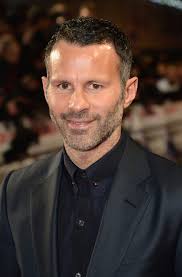 Former legendary football player, manager and football speaker Ryan Giggs OBE is a Welsh-born sportsman known for dedicating his career to Manchester United, where he played for almost twenty five years.  Ryan is the current manager of the Wales national team and is also a co-owner of Salford City.

Boasting a number of impressive statistics and honours from his time at United, Ryan holds the club’s record for the most competitive appearances and also holds the national record for most top division league titles ever won, winning an almost insurmountable 13 Premier League for Manchester United. Representing his team in more than 630 Premier League games, outside of his allegiance with Manchester United, Ryan Giggs was also the first player in history to win two consecutive PFA Young Player of the Year awards in both 1992 and 1993 in recognition for his tremendous talent and performances . Ryan Giggs also holds the record for being the only player to appear in every one of the first 22 seasons of the Premier League as well as the only player to score in each of the first 21 seasons.  Internationally, Giggs played in 64 games for Wales and captained Team GB in the London 2012 Olympic Games.

In 2010 Ryan’s contribution to British sport were recognised when he was honoured with an OBE for his services as a football speaker and player.

Ryan remains one of the most sought after football speakers on the circuit along with specifically for Manchester United. Ryan’s long term affiliation with the club has made him one of the popular footballers in the club’s history and has garnered an enormous and unbelievably devoted fan base.