Po Chung has just published new book “Designed to Win“, and it is already #1 in Education Organizations & Institutions on Amazon! 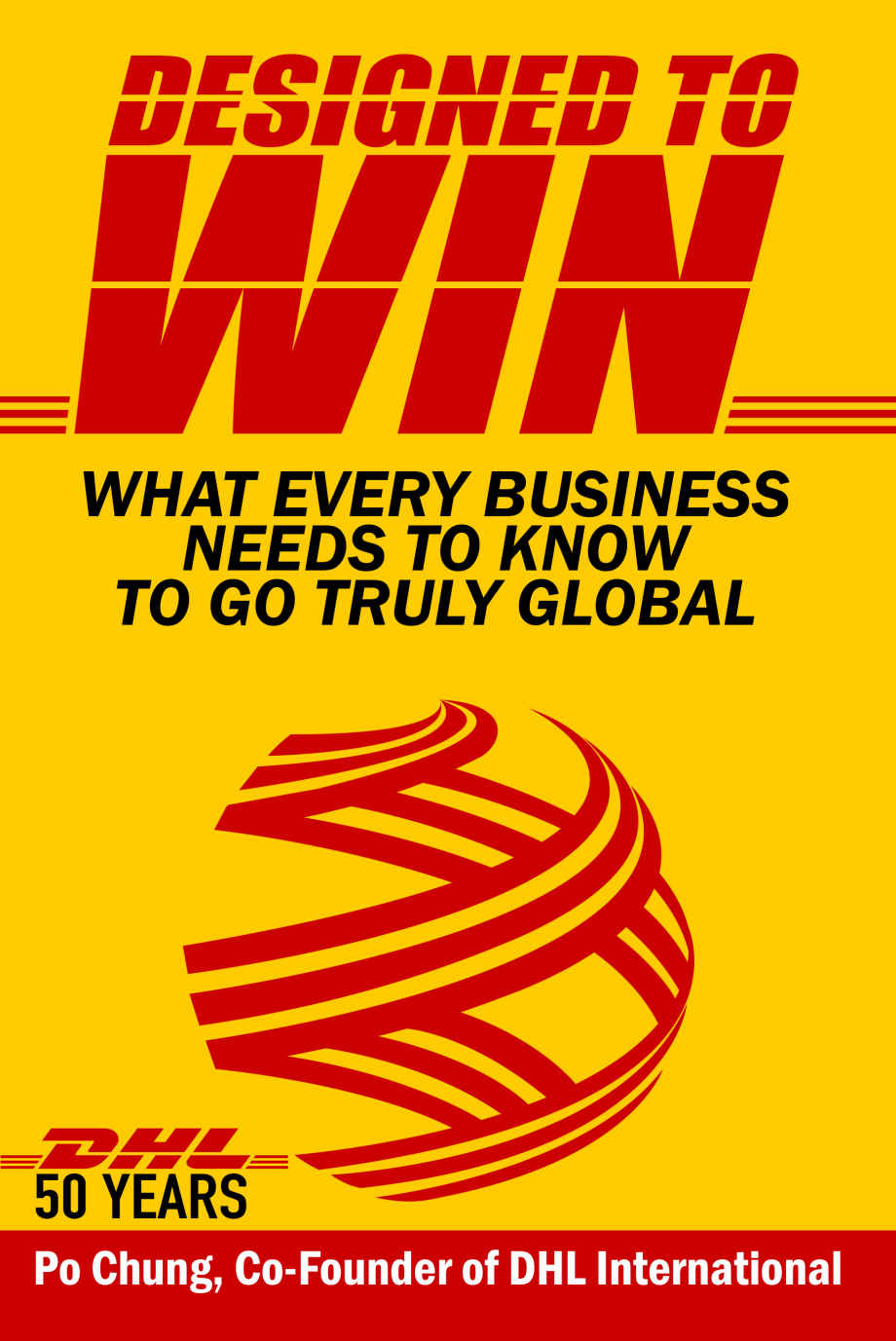 Designed to Win, written by Po Chung, the co-founder of DHL, reveals the industry secrets they used to build a worldwide network that now operates in more than 200 countries and territories.
Lessons:
– Discover how caring about things bigger than ourselves drives effective leadership;
– Find out how a unique marriage between Eastern and Western values inspired an inter-cultural leadership model;
– Discover why you should address leadership needs rather than management needs;
– Learn how to design, develop, and lead a global service network
– Understand why superior leaders practice noble visions, competence, character and care;
– Learn how to articulate human – and company – actualization;
– Figure out how better followers and leaders build more competitive networks;
– Discover how happy people led by happy leaders run like a well-oiled machine;
…and much more

Chung Po-yang (Alias Po Chung) is the co-founder and chairman emeritus of DHL, and the Chairman of The Hong Kong Institute of Service Leadership & Management, Service Leadership Education Limited and The Good Life Initiative Limited.

In 1972 Mr. Chung co-founded DHL International Limited in 1972 and had played a shaping leadership role in the company’s dramatic development, corporate culture and expansion and built the company into the most global of all global network service companies.

After retiring from the day-to-day management of DHL in 2001, Mr. Chung took up painting and had his works displayed and purchased by galleries and private collections. In 2004, he became a candidate for a Master of Fine Art, at the Hong Kong campus of the Royal Melbourne Institute of Technology University, and in the Summer of 2006 he earned his MFA degree for his distinctive Chinese landscape paintings. Mr. Chung received his Honorary doctor degree from RMIT in May 2011.

In January 2006, Mr. Chung spearheaded the creation of the Centre for Asian Entrepreneurship & Business Values (CASEBV), at the University of Hong Kong, and had co-taught a course in Entrepreneurship for 8 years.

Mr. Chung had sponsored the placement of 20 Fulbright scholars, a program administered by the Council for International Exchange of Scholars. This highly prestigious group of scholars is the U.S. Government’s flagship academic exchange effort, holds on behalf of the United States Department of State. Over a four-year (2008–2011) initiative, these academic leaders had assisted and advised Hong Kong’s eight universities on their development of a General Education Program, which was launched when the region’s universities changed from a three-year to four-year undergraduate degree academic term.

Mr. Chung is particularly passionate about the nature and value of superior service required for the success of global centres of commerce as most developed communities have shifted from manufacturing to service economy. His professional life has been dedicated in large part to understanding how to provide superb service, how to educate others as superior service leaders, and how to design and operate service sector organizations.

As a co-designer of a global people centric network for DHL, Mr Chung firmly believes that humans work better in networks and network with superior leaders always out-competes those with inferior leaders. He calls it “Network vs. Network”.

In his capacity as the Chairman of HKI-SLAM, Mr. Chung is a champion of the effort to develop service-network leadership related courses and executive training programmes for Hong Kong’s major universities and organizations.

Mr. Chung is also author of the Service Masters Editions: The First Ten Yards – The 5 Dynamics of Entrepreneurship and how they made a difference at DHL and other successful startups (available in English and Chinese), Service Reborn, The 12 Dimensions of a Service Leader and 25 Principles of Service Leadership. His most recent book is DHL: From Startup to Global Upstart.

As a thought leader, Mr. Chung was made an Officer of the Most Excellent Order of the British Empire (OBE) in 1995, in recognition of his commitment to the arts community. In 2002, the Hong Kong Government awarded Mr. Chung the Silver Bauhinia Star for his distinguished service to the logistics industry.

And published the following: